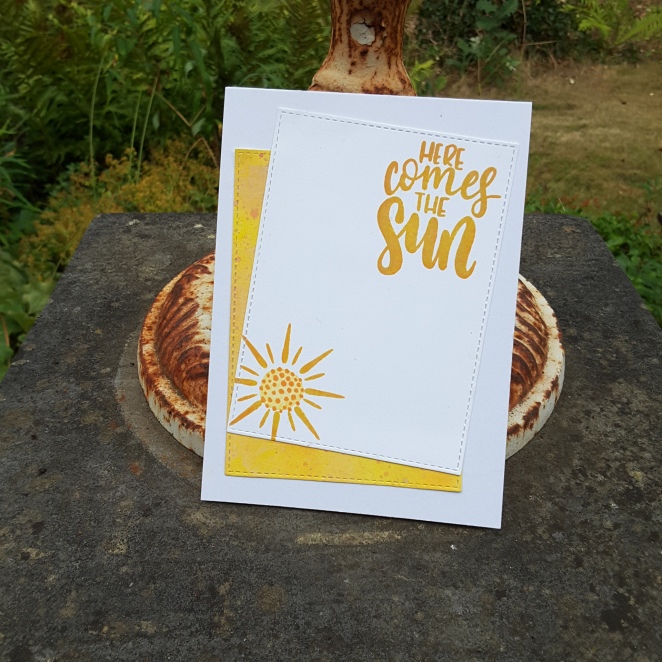 Hello there. I have a card here for the current challenge at CASology. The theme word/cue card is ‘sunbeam’. I was struggling a little initially, but then had delivery of my Catherine Pooler Stamp of Approval box last week – see previous flamingo card for other products – and right there in the middle of the biggest stamp set is this little sun, and alongside it was the sentiment.

I set to stamping the sun using Distress Oxides – no blending, just stamping – and used a yellow, then an orange on top, then the yellow again. I didn’t want such vivid and isolated colours, which is why a mixed it up a little. This way, there is a little of both colours in each of the stamped areas.

I then took a previously ink smooshed piece of water-colour paper and die cut it to create a border. I fussed with this a little – do I do it straight, just one side, both sides…..so I went with this quirky layout. 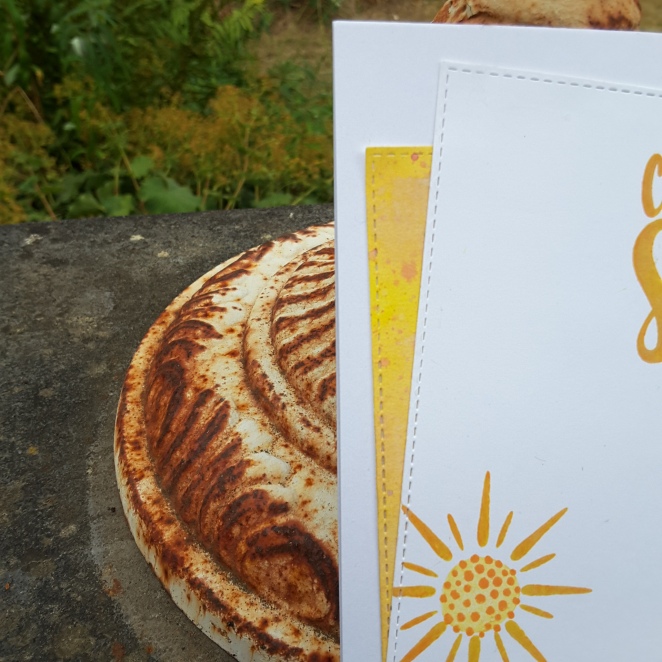 Just as I went to take a photograph – the sun went in! Typical! A sunny card, nevertheless, but no sun shining on it.

2 thoughts on “Here Comes The Sun”